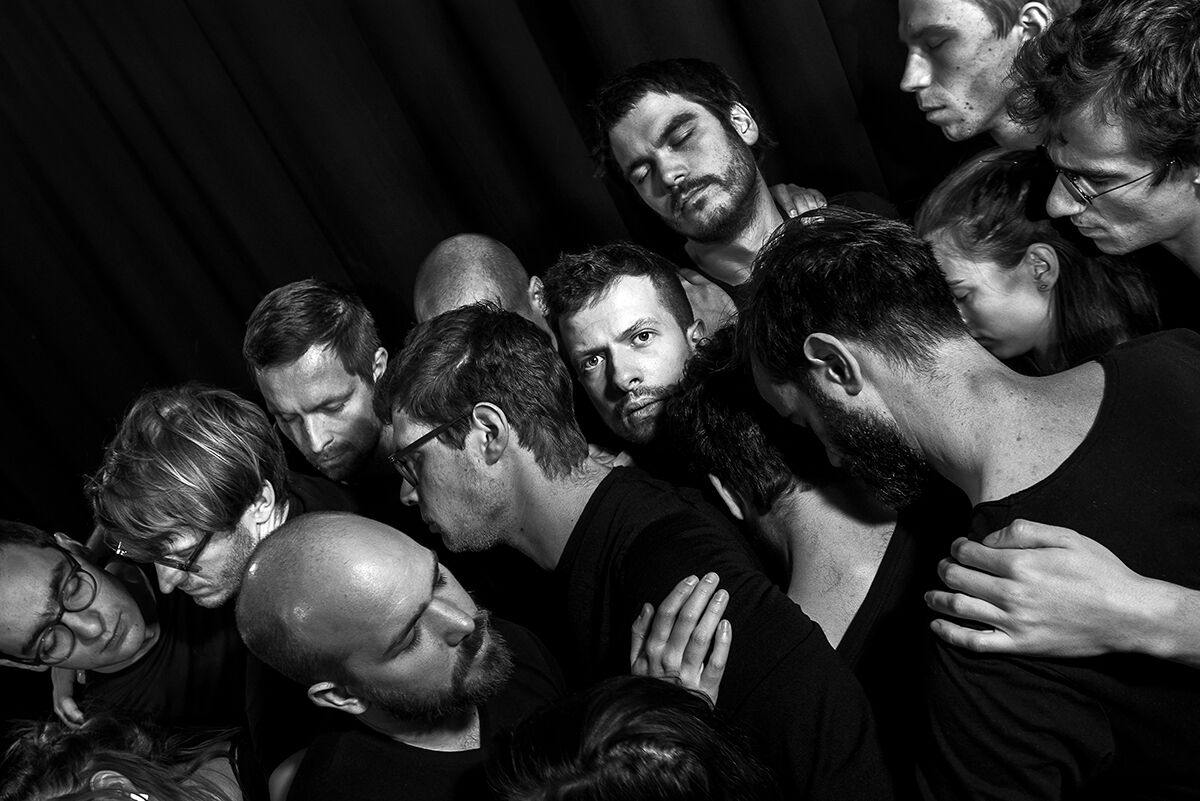 With his twelve-member ensemble, the Leipzig pianist, composer and sound designer Philipp Rumsch (born 1994) works on translating ambient, minimal music and avant-pop into an orchestral format.

On the concept album µ: of anxiety x discernment Philipp Rumsch dedicates himself to the theme of fear. On the basis of research, observations and self-guided interviews, he wrote texts and compositions. Philipp Rumsch tries to make this inner process objectively tangible and experienceable. Most of the album was recorded with special artificial heads, which enable an extraordinary, intensive listening experience.

For the recording of µ: of anxiety x discernment, Rumsch extended his ensemble by numerous guest artists. The sessions took place at the prestigious Jazzanova Recording Studios in Berlin. In order to achieve an extraordinary listening experience, specialized artificial heads were used to record in binaural stereo. The artwork again has been created in cooperation with Berlin-based Designer Andi Rueckel.

In 2018 Philipp Rumsch and his ensemble received the Leipzig award for young jazz musicians, funded by Marion Ermer foundation. The production of µ: of anxiety x discernment has been supported by Initiative Musik gGmbH with project funds from the Federal Government Commissioner for Culture and the Media.