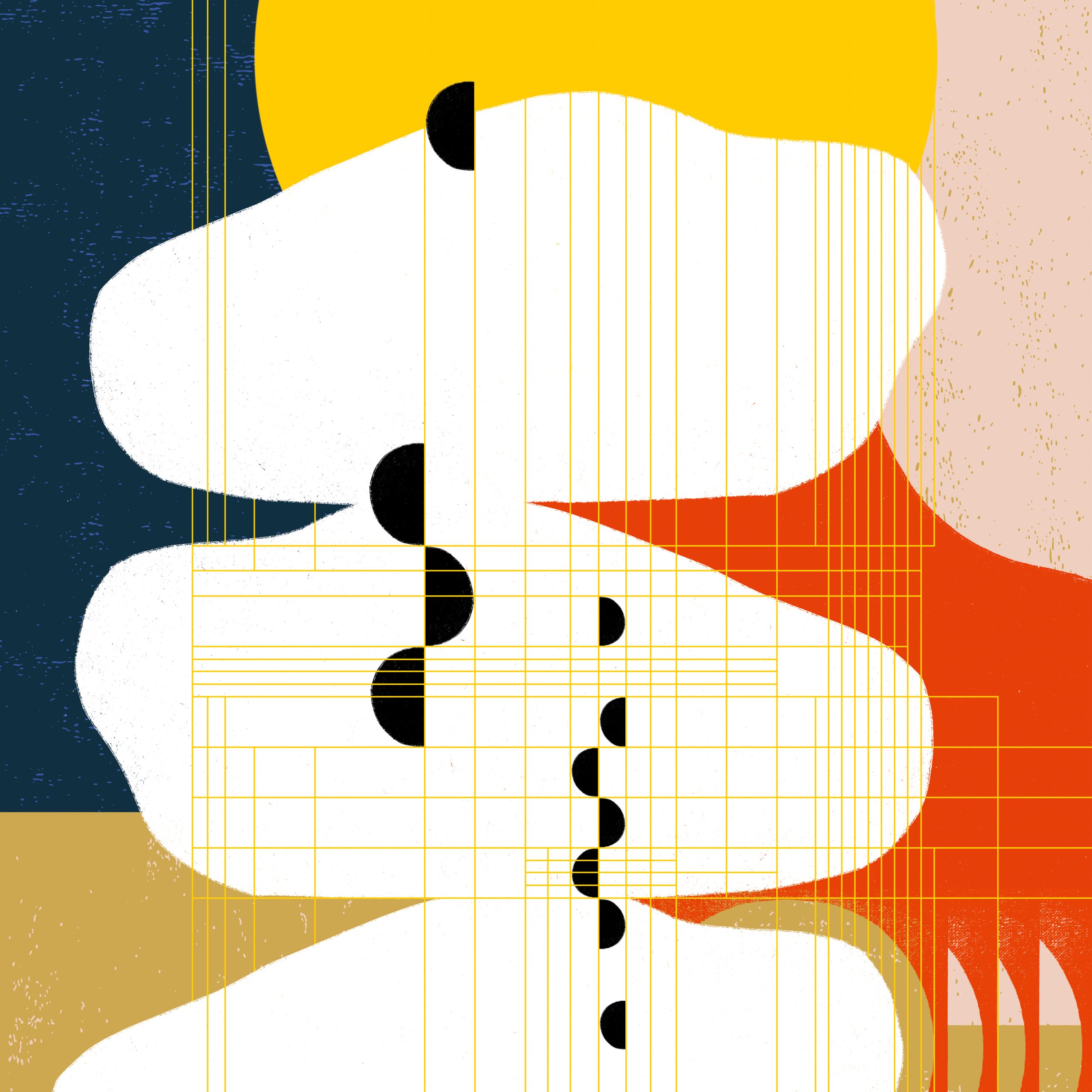 Finding beauty, where one wouldn’t suspect it in the first place. Discovering music, where used to be only sound a moment before. Forming an orchestra out of everyday surroundings, the main thing out of the incidental, the fulfilling momentary situation out of the profane
togetherness. All of this is part of the goal, meaning and sense of Oh No Noh, the project of Leipzig based guitarist, robot programmer, magnetic tape crumpler and composer Markus Rom. All of this floats and shines through “Kanzi“, the second Oh No Noh album to be released on October 7th, 2022.

With this desire for song-like narration, for movement, for development, “Kanzi” remains in limbo and in search. Oh No Noh’s concentration seems fleet-footed, his happy accidents well- placed, the melancholy beauty of outdated technologies, forgotten musical toys and broken sources of noise always looking ahead. Music as it happens when someone programs a whole robot band, which then becomes just a friendly part of the whole. When someone never names their numerous audio memos and is constantly distracted by moments in search of the concrete. When someone who is interrupted during the recording by a studio guest still uses
the take for the album. When someone writes chord progressions to a Swedish poem, the content of which they do not understand, but the sound of which touches them deeply.

“Kanzi” was mixed by Cico Beck and mastered by Frida Claeson Johansson. It will be released via TELESKOP on all streaming platforms, on vinyl and of course as a cassette.