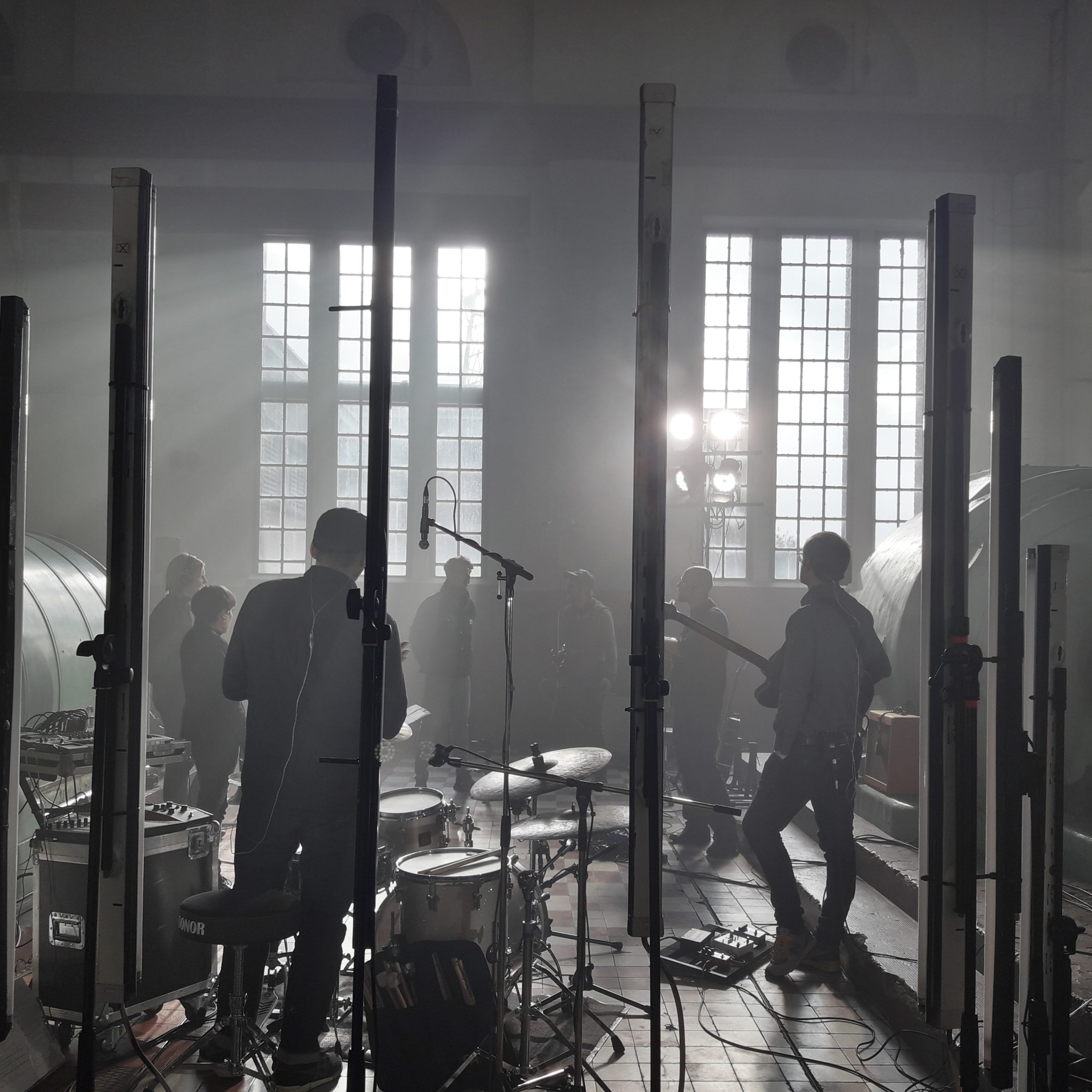 Human | Machine | Nature is an electroacoustic, sound-archaeological composition by Leipzig-based Sebastian Bode and Jonas Wolter. As WOODEN PEAK they have been releasing albums of experimental pop music since 2009 and under the name TELESKOP– “Studio for Aural Arts” they create textures and sound art for films, museums, and a variety of other audio-related projects.

The site of Human | Machine | Nature is the former briquette factory “Werminghoff”, today known as the mining museum Energiefabrik Knappenrode, not far from Hoyerswerda, near the German-Polish border.At the beginning of the nineties, the factory was shut down in the course of the GDR’s end and re-opened as a museum very little later in a barely changed state.

The idea for the sound exhibition Klangimpulse was born for, which is scheduled to open in Knappenrode in 2022. Bode and Wolter meticulously collected sounds from today’s museum grounds and from  archives for more than a year- sounds from the peculiar silence of the rooms, the deafening noise of the machines, but also from the surrounding nature, which is gradually reclaiming the site.

Based on the collected sounds, the four-part piece Human | Machine | Nature was created, which will be released as a video + digital EP on TELESKOP on Jan 21, 2022. Together with guests Wencke Wollny (bass clarinet), Antonia Hausmann (trombone) and Christian Dähne (bass), Bode and Wolter return to the Turbinenhalle, the heart of the Energiefabrik, and perform the piece in a concert showcase.